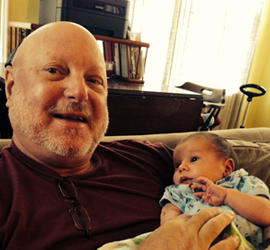 It was 1978. I was a commercial lighting specialist for the largest lighting fixture company in the world. My job was to work with the top architects and lighting engineers in the 3rd largest city in the country. They would allow me to be privy to lighting jobs that they had on their work sheet. Jobs like additions to hospitals, offices, and commercial manufacturing facilities.

I, also, had the distinction of doing work on the financially rewarding, casinos. It was a pressure position and  I did the work to receive their contractual remuneration from their client. I received my approval, but not a big pay check from my company. I worked many hours which cut deeply into my family time.

It was 1978. I was a commercial lighting specialist for the largest lighting fixture company in the world. My job was to work with the top architects and lighting engineers in the 3rd largest city in the country. They would allow me to be privy to lighting jobs that they had on their work sheet. Jobs like additions to hospitals, offices, and commercial manufacturing facilities. I, also, had the distinction of doing work on the financially rewarding, casinos. It was a pressure position, because I needed to find the professionals who needed help with lighting and then offer to them my suggestions based upon my specialized training.  Of course I would specify my company’s products. Bottom line, I did the work and they received their contractual remuneration from their client. I received my OK, but not overwhelming, pay check from my company. I worked many hours which cut deeply into my family time. But that was, I thought the trade off for success.

And when multiplied by many workers in that same company, the employer becomes rich. I really cannot fault any employer for finding the secret to becoming rich. I thought, ”how could it really be a secret, anyway?”. It is as obvious as the old saying, “When the streets are wet it generally means it was raining.” The streets have been wet for 32 years before I realized that the reason why my overtures to become financially independent were not becoming fulfilled. The problem was, in effect, my mode of operation and way of thinking were “all wet”, not the streets!

The New Plan
I needed a new plan. I began to study franchising. I spent years learning all that I possibly could. I read that 97 % of franchises are still in business after 5 years. Although, in recent years that number has been questioned, the fact remained, in my mind, that franchising was a much safer, more secure bet.

I attacked the subject like a 4th year med student who finally saw his professor perform brain surgery that gave a patient back his sight. Just as the zeal and new found sense of purpose for him became the forcefulness to study even more diligently, so it was with me.

Through all my studies, I theorized that the Dunkin’ Donuts franchise was about ready to explode due to a change in their marketing focus. I had the funds. I did the research.

Now, the only thing missing was to find the correct location. I scoured the city. Due to my industrious study campaign for franchises, I felt quite adept at finding the perfect location. I did all the foot traffic, vehicular, demographic studies and settled on the ideal area. I then found who in the corporate structure had the power to approve me. I wooed him for almost a year.

Finally, I was recognized. To my dismay, I learned that whole area belonged to another franchisee. Sadly, my work was in vain. But with an attitude of, “Never Say Never”, I went to the current franchisee to see if he would release that area.

He said he would let me have that territory. We spoke with corporate and through a lucky break I was able to obtain the territory. I showed corporate the exhaustive work I did on demographics from every possible angle. They said I did a great job. However, it would have been much easier if they simply pick the location. Actually, they had already decided on my choice! And I had not even shown it to them as yet; Great luck!

Fruits of My Labors

I opened my shop and it, immediately, became the number one Dunkin’ Donuts Shop in the country. I was successful, financially secure, but there was something lacking. It was a 24/7 operation. I had no family member willing to help me take the edge off the hours. After approximately 2 years, I sold the business and retired at the age of 35. That taught me a valuable lesson. No matter how successful your business becomes, if it does not fit your innermost thought process of what you really want in terms of life style, family time and daily operation, it cannot be defined as successful.
I needed a Franchise Consultant.  If I had consulted with a professional, and he properly evaluated my perceived desires and motivation, family situation, etc., I might still have had that business and probably would have had a much more satisfying family life.
The Missing Ingredient to Real Success

I thought the fastest and most secure way was to buy a franchise and make it work. However, I learned, the hard way, there was one ingredient that I missed. Similar to the donut business, mix the eggs, flour, water, and butter into a huge bowl but if you forget the yeast, you are going to have one really tough donut with no real body. The missing ingredient is the matching of one’s innermost feelings regarding what they want the business to accomplish for them in terms of lifestyle, financial rewards, family time, prestige, growth potential, etc. That is why I became a Franchise Consultant and opened up my own company, Franchise Biz Consulting.  I am really in the business of helping individuals find the best vehicle to send them on the journey to Financial and Family Freedom.

In my close to 50 years in the work force, I have been compensated for working, as an employee for a hourly […]

The Fall Season is approaching this month and represents a “Changing of the Guard” in our life. Typically, with a new season […] 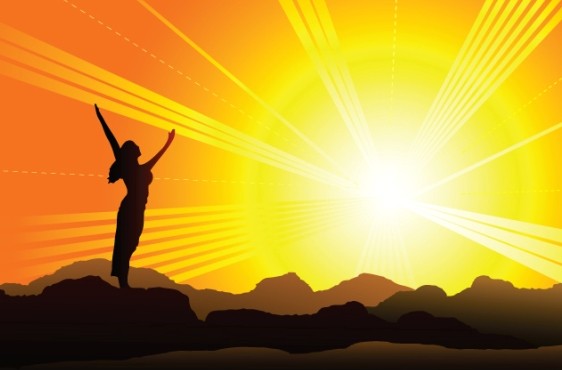 I am approaching 70 years of age and have had a variety of business experiences. One might say I am extremely ADD. […]